So If I told you that LeGrand was flying this plane, would you believe me? Probably NOT! Well he was!! Cool huh?!? No he has never taken flying lessons.....so here is the scoop. 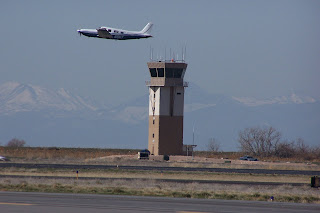 March 21st was Grandpa Ras's 85th Birthday. The Noorda's were in town and were kind enough to take us all flying on their plane! It was incredible, everyone loved it, especially Grandma, Grandpa and Brayden! At first Grandma said that she didn't want to go up, but she changed her mind and she had a blast!! Brother & Sister Noorda, thank you for sharing yourselfs with us, it has been soooo fun to get to know you guys better! No wonder why Chris is so cool, he gets it from you guys. 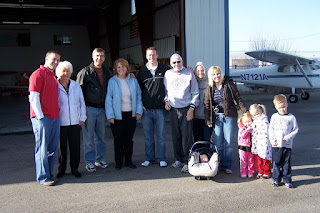 So here we are, the lucky people that got to go in the plane.(except Chris...he had to leave to get to class.) 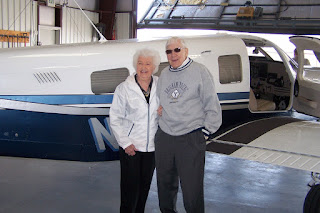 Brayden loved looking at the planes and touching the ones that were in the hanger. How fun was this?!!?!?!? I swear this was every little boys dream, and it came true for Brayden. He has told me several times since this adventure that he want to be a pilot when he grows up! 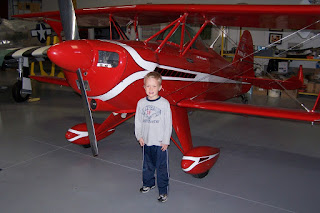 Whitney and Sophie liked it too!! 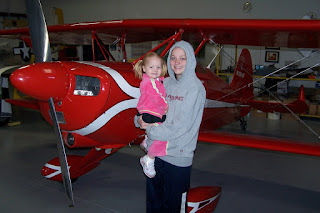 1st Flight- Grandma and Grandpa Ras and Mom Ras
-Grandpa was the Co-Pilot with Bro. Noorda the pilot... They said Grandpa did great! Look how excited he was, I love this picture! 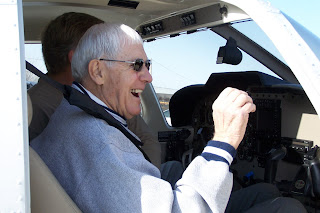 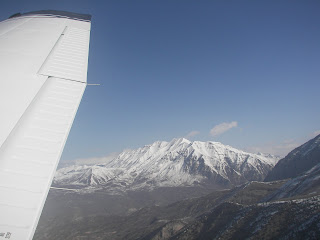 Wow, What a View!!! We live in a beautiful World!! 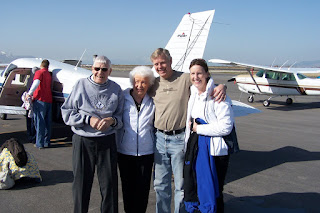 After the 1st flight got back! It was so good to see G&G Ras so excited and lively!! They couldn't stop talking about how much fun they had, Grandma kept saying that it was the most fun she had ever had!! 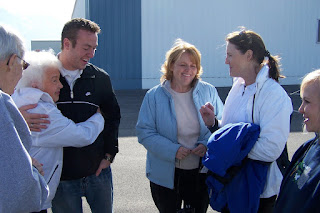 Look at how she is hugging Chris.... They had sooo much fun!! 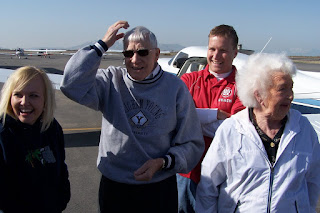 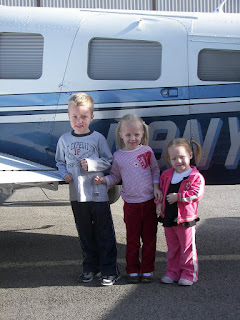 3 of our 4 Cute Kiddos! They were so excited about flying in a plane altogether! What a fun experience! 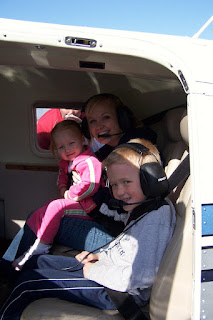 Here we are getting all buckled up and ready to take off!! 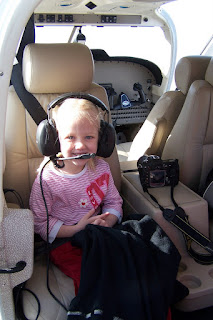 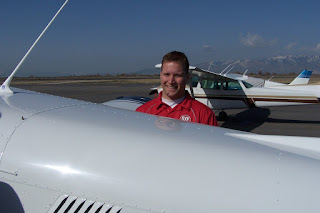 LeGrand has always been a man of many talents, but I didn't realized it included flying airplanes! Here is a picture of our handsome co-pilot!!! Good Job LeGrand!! 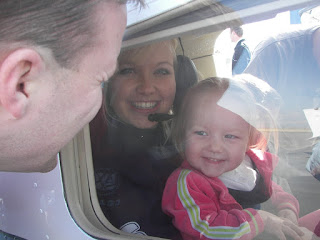 While we were up there, we flew over Springville and circled around our house. The kids could see their school, the church, our house(trampoline, car....) our neighbors houses. They were excited when they pointed out "Holly Carters" house (the Carters are some of our best friends!) It was incredible. LeGrand flew right up past the "Y" on the mountian and up into the mountians.. It was beautiful... Our only problem was that Adelyn got motion sickness and thought that she was going to throw up. Ahhh there we were way up in the sky, in a really nice plane and I was afraid we were going to make a mess everywhere. Adelyn came and sat on my lap and then she started heaving.... Thank goodness nothing came out...but she was glad when we landed and she got some fresh air and some food in her tummy!! It was a close one!!! Adelyn are such a sweet girl. We love you!! 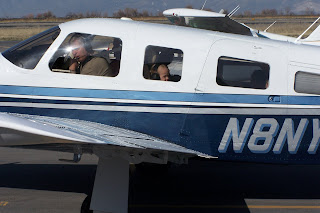 We made it back safely!! LeGrand did a great job flying it even Bro. Noorda said he was really smooth. But I knew that!;) 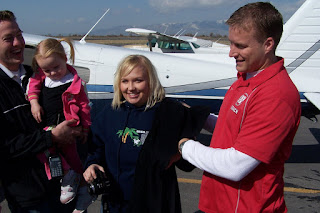 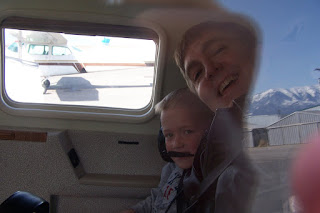 Brayden wanted to go again, so he went on two rides back to back. He loved every minute of it!! 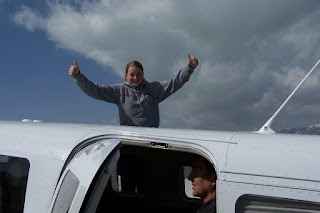 Yay Whitney, you flew a plane and you lived to tell about it!! 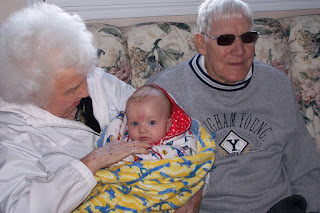 While we were on our flight, Great Grandma and Grandpa Ras watched Kolby in the lobby of the hanger. He's such a cute, happy boy!! We are so grateful to have him. All of his Grandparents just love eating him up and cuddleing with him! 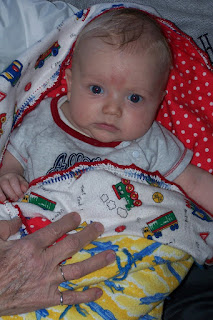 What a great experience! It made me miss grandpa and grandma! :O)

So cool! Now you understand why those little airplanes are known as "vomit comets!" ;)

Oh wow, I wonder if I should even show the boys this blog entry, they would love that. You guys do so many fun things! I miss you Becca, I'm going to call you.