We went to California Adventures for our 2nd day at the park!!!  Toy Story Mania was awesome!! 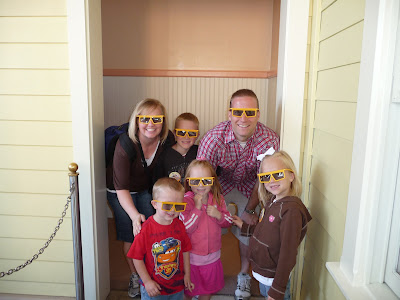 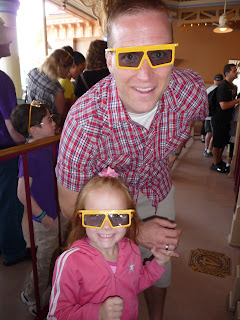 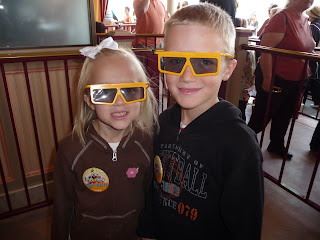 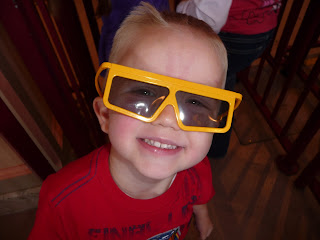 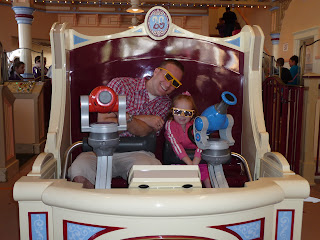 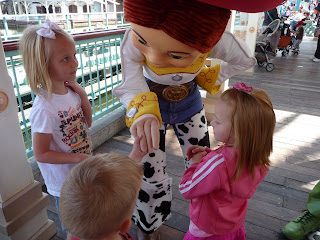 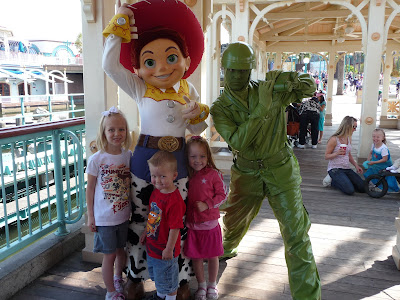 The kiddos loved the "Circle thing".  What a view!!! 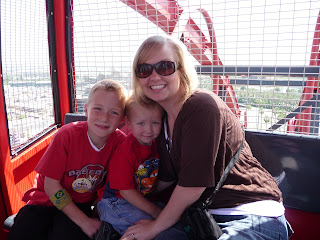 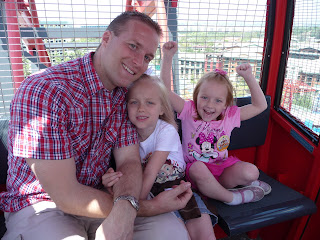 We met some of our good friends the Lambs for lunch at the Rain-forest Cafe!!!!  It was delicious and such fun company!!! 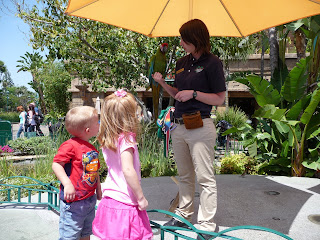 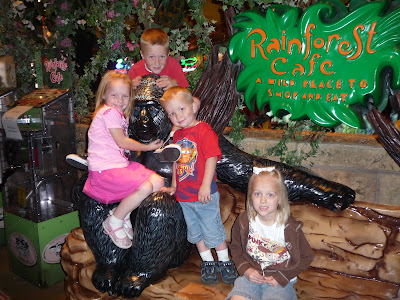 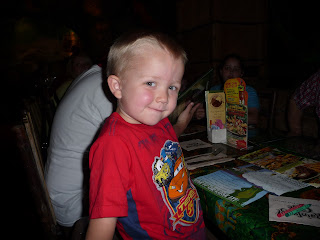 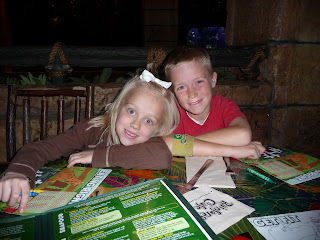 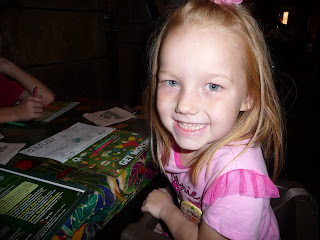 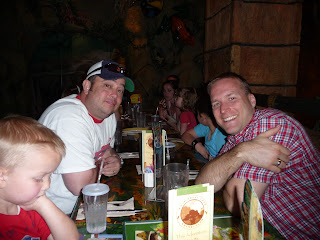 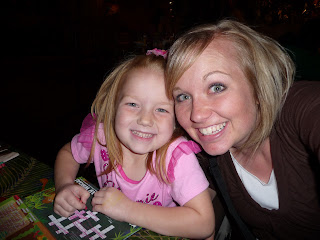 The Lambs and the Laings!! 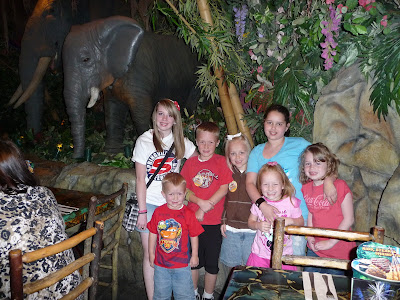 Ok, funny story!!!!  While we were at lunch Kolby had to go to the bathroom...so I took him.  Later he had to go again and so LeGrand took him.  Kolby lead the way and LeGrand followed him right into the girls bathroom.  The funny thing was that LeGrand was looking down and not paying attention, so they went into the stall, Kolby did his business and when they came out LeGrand looked up and saw a line of women waiting to use the restroom.  He just said...."We're in the wrong bathroom aren't we?!?!"  and they ran out of the girls bathroom and washed their hands in the mens restroom.  Kolby in his loud high pitched voice announced to everyone in the men's restroom that they had just gone into the women's restroom and it was sooo embarrassing.  They came back to our table and we all got a kick out of LeGrand's embarrassing moment.  We had to go back and take a picture of Kolby with the bathroom door....it was clearly marked.  Sooo funny....but my poor husband!!  It's a good thing he can laugh at himself!!! 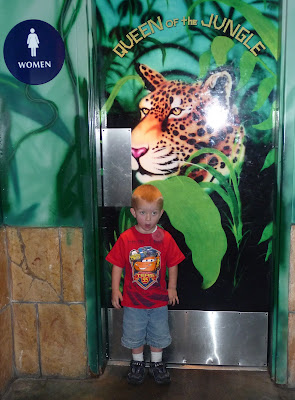 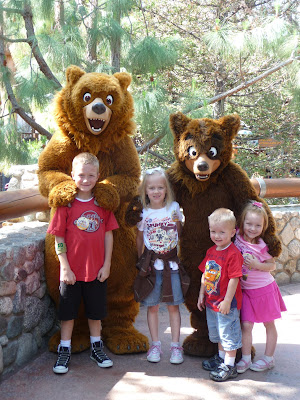 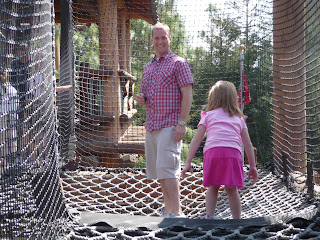 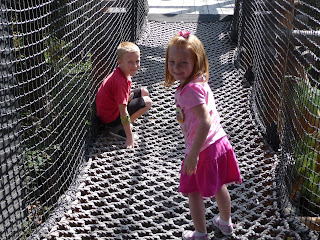 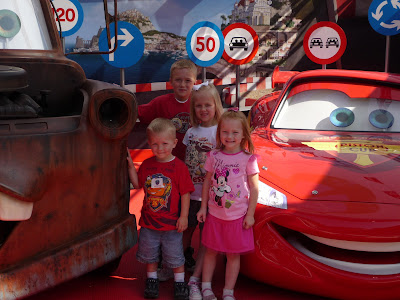 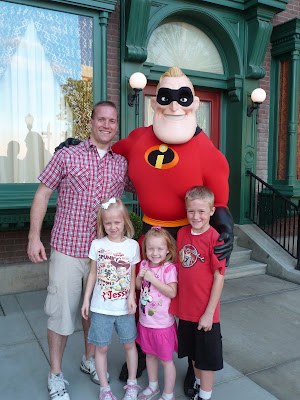 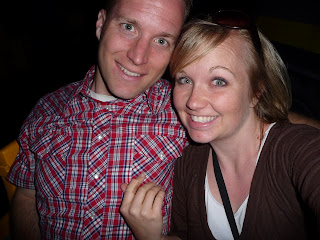 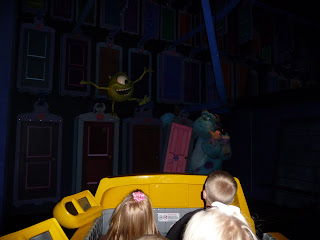 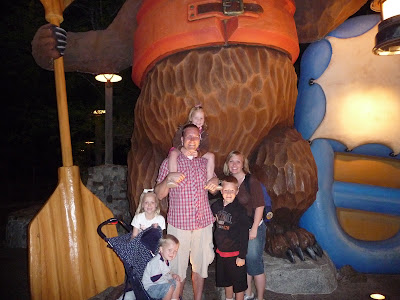 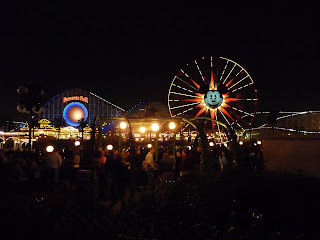 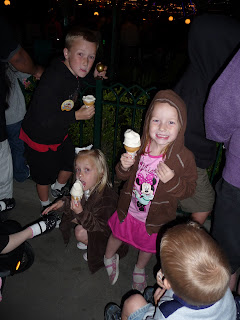 Man, who knew we could go so hard and still have soooo much fun!!
Posted by Becca at 4:07 PM

That looks like so much fun. I LOVE Disneyland! I love all of Sophie's pictures on Day 1. She looks so excited for everything. So cute!!! On a side note, was that Brandon Lamb?

Thanks Heidi, it was Shane and Angela Lamb....