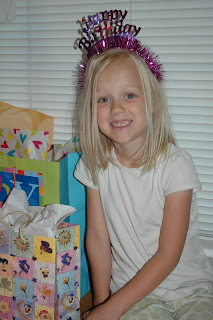 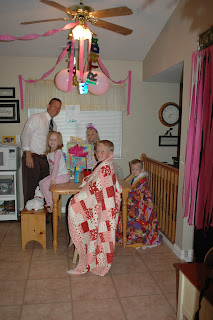 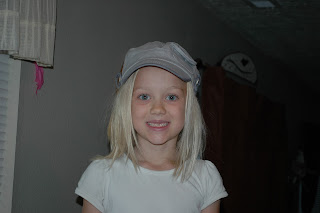 Addy with her presents!! 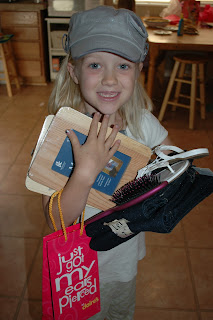 For Adelyn's birthday she wanted to get her ears pierced!!!!  She also loves crafts so we made an earring holder.  It was fun crafting with her, it was the perfect birthday activity and she was soooo excited to get some earrings to fill it up!!! 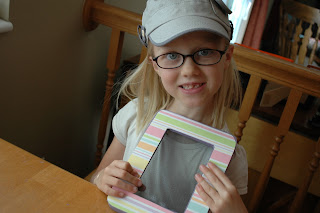 Here she is at Claires before she got them pierced!!!  She was soooooo excited!!! 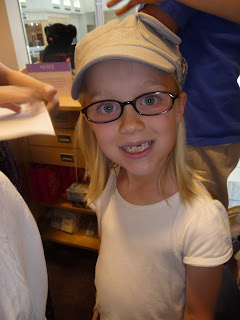 I love how she is holding LeGrands hands!! So cute! 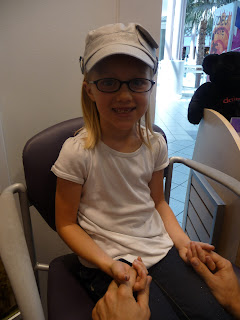 Marked and ready to go!! 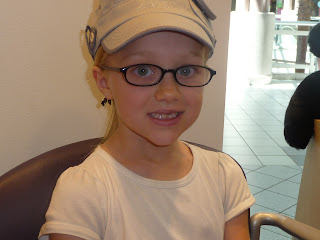 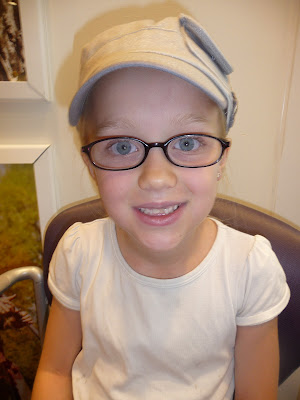 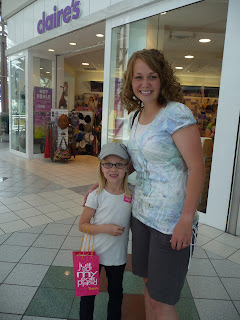 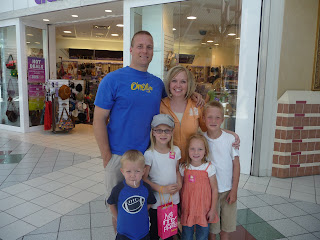 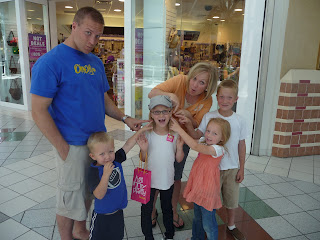 After Claires, we went to Trafalga and watched some 4D movies at the theater.... 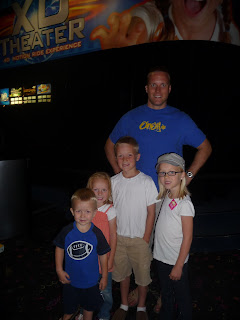 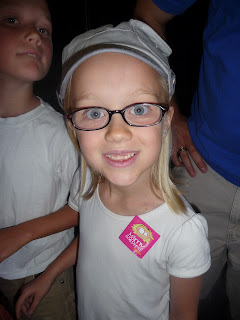 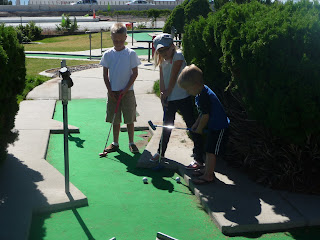 Adelyn wanted an Ice Cream Cake like Whitney had on her birthday!!  Here is the master piece!!! 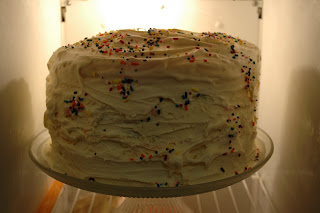 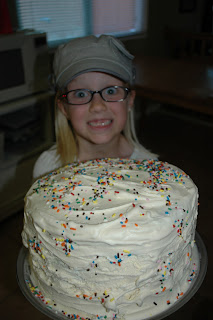 Addy Invited some friends and their families to come and celebrate with us.  It was low key, but such a fun time playing, eating and celebrating!!! 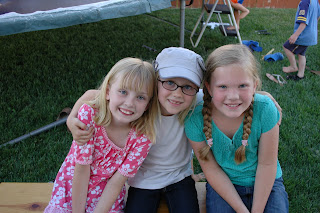 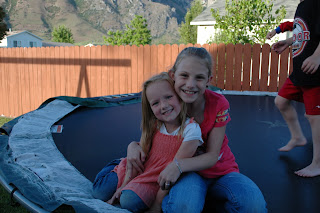 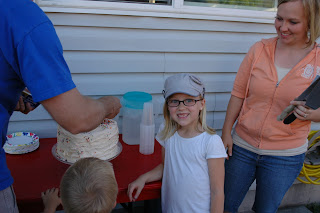 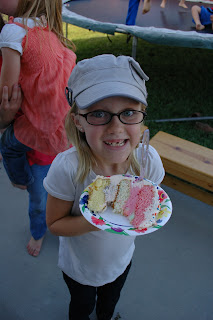 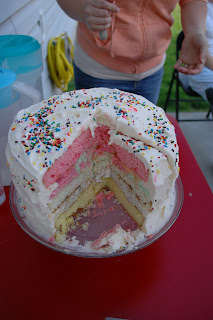 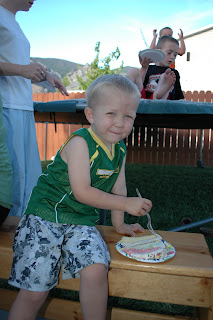 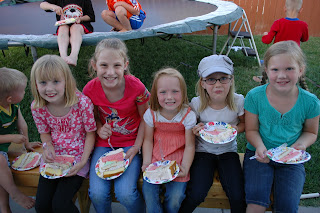 After the party Addy did "late night" with Kirsten and Holly!!  She was sooo excited... it was her first "late night"!!! 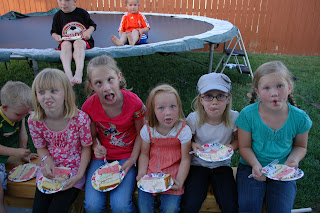 Aunt Liz came over to celebrate too... she was taking the pictures and didn't get in any... bummer.... But after everyone left Uncle Nathan came over and they gave Addy their gift!!!  They told Addy that she was going to  have a new little cousin!!!!!  We are soooo excited that Liz and Nathan are going to have a baby!!!! Horray!!!!

Happy Birthday to sweet Addy!! She is getting so big! Give her a big huge for me!

So fun! Maddie is getting her ears pierced for her birthday too! Sounds like you guys had fun! And congrats to Liz! That's so exciting!