Santa's Lap and the Train Ride

Every year we have to go and sit on Santa's lap. The kids love doing this, even though Brayden is really the only one who isn't shy and quiet when we get up to him...Adelyn actually talked to Santa this year and told him what she wanted and it only took a little bit of encouragement from me...improvement from last year. Sophie was so excited to see him but when we got up on his lap she would hardly look at him. Kolby on the other hand wasn't sure of this old guy that was trying to hold him. The only problem with this whole activity was that when the kiddos got up to Santa and he asked them what they want all 3 of them said different things than what they had written down. So much for getting Christmas shopping done early....(hint...don't ever take kids shopping with you after you've already got their presents....they'll always change their mind or see something else they want...we've had to talk to them several times about not getting everything you ask for....) 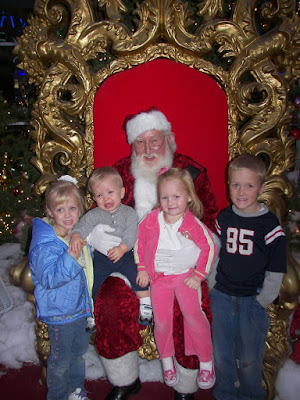 Here they are...Sitting on Santa's lap. What cute kiddos!! 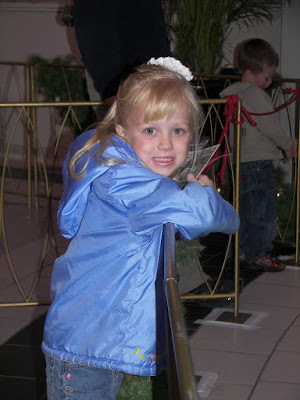 I love the anticipation in Adelyn's eyes! Christmas time is filled with so much MAGIC!!! 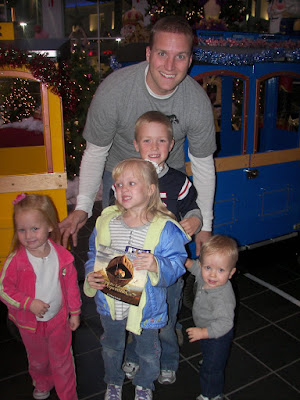 Every year after Santa's lap we go an the little train ride!! I love these pictures.... I'm so blessed to have such an incredible husband and kids...aren't they adorable?!?! 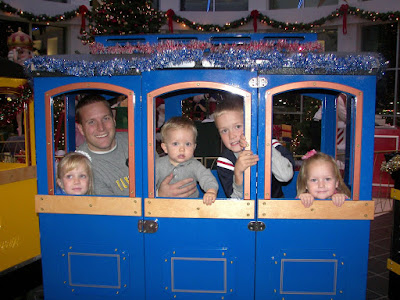 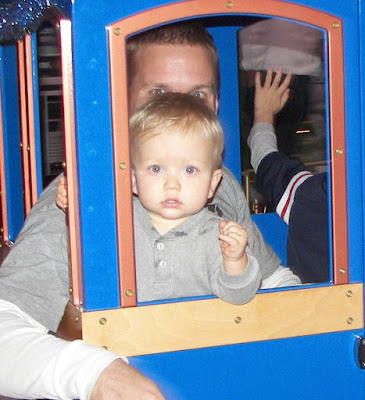 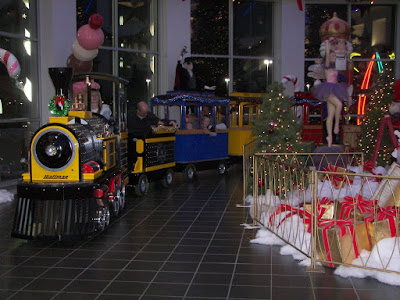 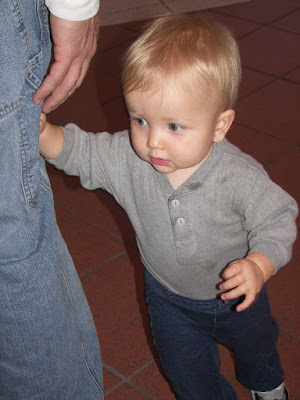 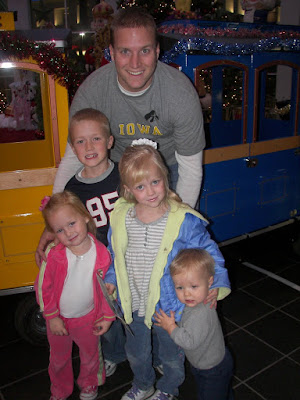 Oh I love Christmas time, especially spending it with these 5 people!!
Posted by Becca at 7:26 AM

You can always try the Ward family tradition of the suggestive sell. One of the Moms starts early on with, "Wouldn't it be great/cool/awesome if Santa brought you a _____ for Christmas?" It has worked here too.

I usually go through the store with the kids to make a list BEFORE the Santa trip--and only once! It's the commercials that kill me because then the list grows exponentially.

Kolby is SO cute! He looks a lot like LeGrand (but he's cute anyway.) J/K.
Great pictures with Santa!

Becca, your family is so stinkin cute!!! I just love so much and miss them even more! We really need to come and see you guys and soon, they are growing up way too fast!! Thanks for being so great! Lots of love! :)

I think that next time Becca needs to get in the train shot and have that be your christmas card. how adorable is that picture? all of them are so cute!