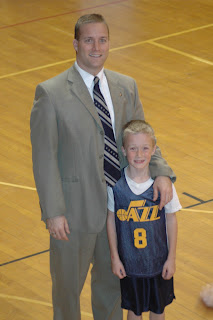 Brayden just finished his Jr. Jazz Basketball season. He LOVES it! LeGrand coached his team again, and it was soooo fun watching Brayden. He's becoming quite a Baller! He usually plays point guard and has a great shot, good ball handleing skills and moves the ball well. He even dribbles between his legs when he's bringing it down... (see below) I can't even do that. One game he had 16 points... It was really fun watching him!! 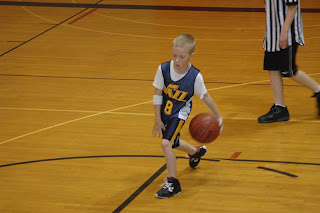 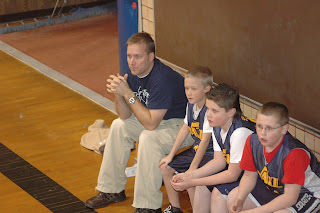 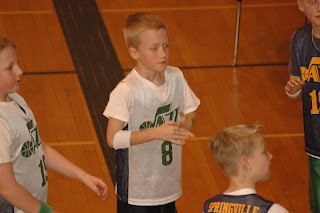 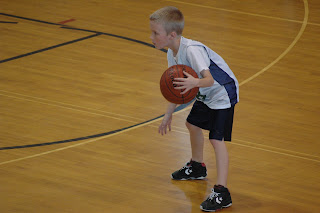 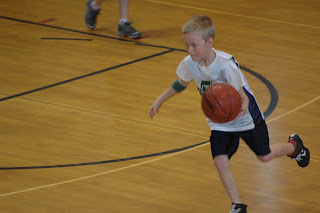 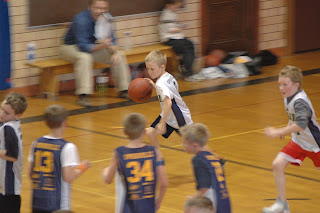 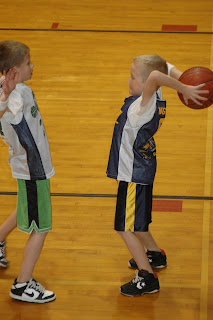 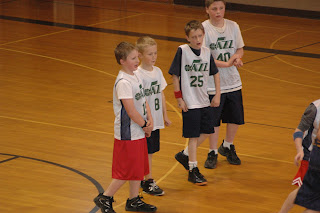 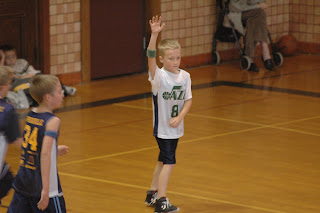 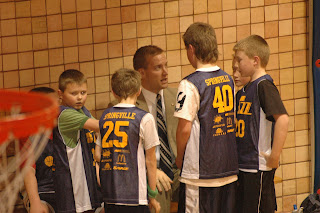 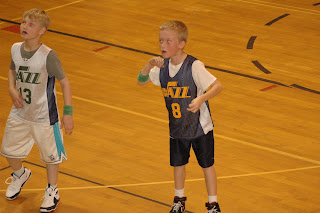 I have a feeling we'll be watching him play for years to come! It was fun because 3 of Brayden's good friends were on his team too, Riley Dustin, Caleb Slade and Tanner Packer. It was fun!
Posted by Becca at 1:08 PM

I love that LeGrand is wearing a suit like a real coach!