Springville High School just played in the State Semi Finals for Football. LeGrand and some of his Seminary Teacher Buddies went up to Salt Lake to watch the game. Springville won, so next Friday they are playing for the State Championship!! These crazy Seminary teachers ended up cheering in the front row of the student section. I think they had a little too much fun! :) I'm glad LeGrand has such good friends. 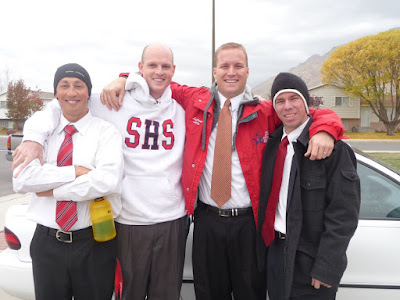 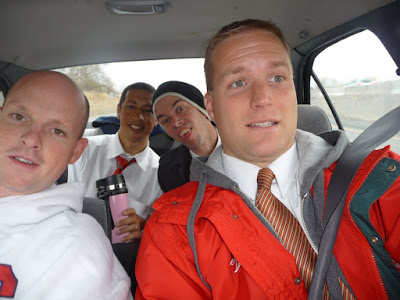 Not the smartest thing LeGrand's ever done, but for taking this picture while driving it actually turned out pretty good. AAHHH, hopefully he won't ever try that one again! 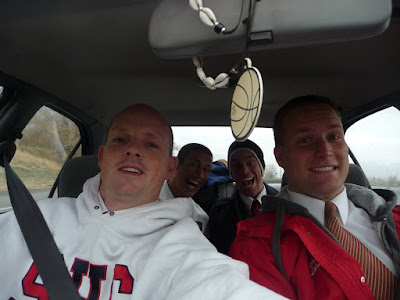 Good job for taking over the camera Rock! 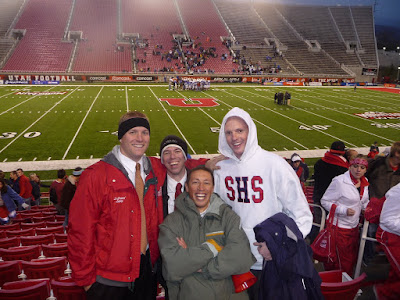 LeGrand, Chris, Dave and Rock! How fun!! Hopefully next Friday will have a victorious ending too!!
Posted by Becca at 2:12 PM

How totally fun is this!!!! I think it is so awesome that LeGrand took the camera on the adventure with him!! It's fun to see you posting again and what you guys have been up to. It's the highlight of my day! Luv you lots!