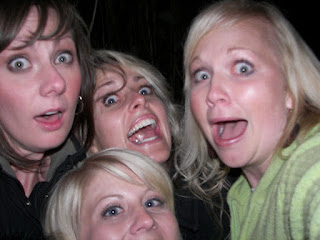 For those of you who don't know Candace you're missing out....Candace is one of the most incredible girls I know!! Anyway Candace just had a birthday, and for her birthday Jen, Cari and I picked her up and took her to a "Haunted" corn maze.....except when we got there we found out it was only haunted on weekends...LAME!!! We were all so excited to go, get scared and just be silly together doing something we hadn't done in years! Well we went through the dark corn maze anyway and 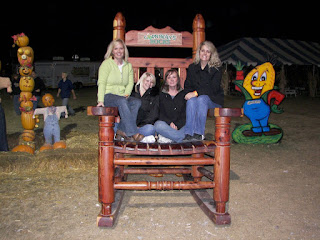 I had more fun taking pictures of ourselves and trying to scare each other than anything.
So the corn maze was lame, but afterwards we were walking around cornbelly's and there was a huge blow up dragon/monster thing....anyway we decided to go through it....it was really late, they were turning off all the lights but we still went 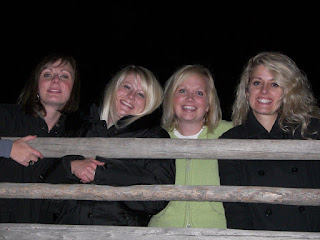 in....it was pitch black in side, we couldn't see anything, I think we just wanted to get scared so bad we were sort of scaring ourselves....Some of us thought that they were going to take it down while we were till in there...anyways because we couldn't see anything we kept running into the walls, and getting more nervous with every step we took....we ran out of the emergency exit 2 times, each time I talked them into going back and making it all the way through it... Once we were in again I opened my cell phone and used it as a flashlight...I think that made it worse than not being able to see an 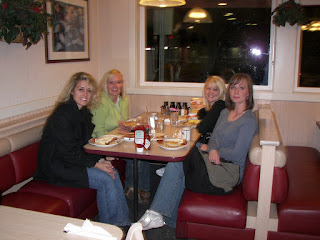 ything...the insides of this monster looked freaky, our imaginations were going out of control I guess since we thought that it's heart looked like a bunch of heads of people watching us....well by this time we are doing the buddy system, Jen and I were linked arms, Candace and Cari were following us... we came around a corner....we were almost through...I saw something out of the corner of my eye and so I turned around and came nose to nose with a nasty, freaky mummy guy.... I SCREAMED.....everyone else saw him too and we all freaked out....we all started running to try to get away from him, I don't know what we were thinking, trying to run when you can't see anything in front of you...but we did...and we ended up tripping and landing on each other in a huge pile.....and then it was totally silent... We were all so scared, we couldn't bre 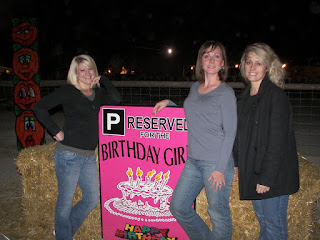 athe, then we started laughing...seriously we were all crying because we were laughing so hard we were trying to not wet our pants.....some were luckier than others with that though and no I'm not telling you who it was....;) I guess you had to be there, but I'm still laughing about it.... I just wish there was a video of us going through that monster, it would have been HILARIOUS!!!!
I'm so grateful for good friends. It's fun to have a girls night sometimes! It's so good to laugh and we just couldn't stop... 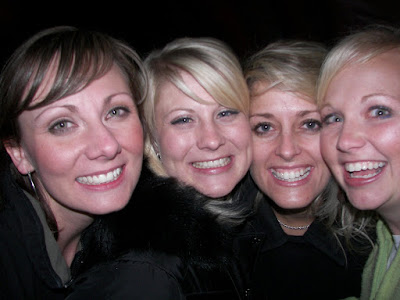 I don't think you had to be there. I was cracking up at your trip through the monster! FUN, FUN!!

What a fun evening you had!!! It is so wonderful to not just have good friends but the kind of friends that you can be yourself around, enjoy girls' nights out and be silly with. I am glad you have such a fun group of friends-I only wish I could have been there with you!! What beautiful girls you all are!!! And no worries about any unfortunate circumstances...it happens to the best of us!!! Hahaha!!! LOL!! Just kidding!!! You know I love you tons!!

Thanks also for being so wonderful, feeding us, watching the kids, and being so gracious to us. You are seriously one of my bestest friends!!! Thanks for all you do!!! ;-)

How fun. I love girls nights out, I don't get them very often, there just isn't much to do. The way you told that story it WAS hilarious.

wow! It looks like you girls had tons of fun! I'm glad! You hard working mothers deserve it! :0)
I told you i'd let you know when I got by photography blog up and running. so I did here it is.....
reflectionsphotographybyhelga.blogspot.com
Love you guys tons!

What a great night. Becs, I'm surprised that YOU wanted to get scared! Never forget the importance of your girlfriends!