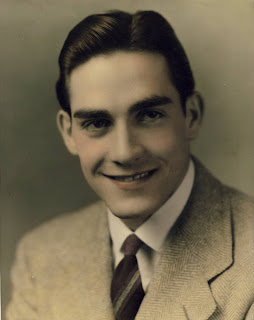 I've been behind blogging and have actually been putting this post off. Probably because it's really close to home. My Dear Grandpa Ras passed away in March. He is a great man whom I've learned many many lessons from. His birthday is on March 21st, my cousin Megan's birthday is on March 24th and Mine is on March 27th. We've celebrated our birthdays together for years and years.. especially since we moved to Utah 10 years ago. Grandpa died on March 23rd. I'm grateful to know that he is in Heaven with our Father in Heaven and that he is healthy and not in pain anymore. He is a man above men. If you knew him you would know what I'm talking about. I love him, miss him and am sooo grateful for him. Thank you Grandpa for Loving me, LeGrand and our kiddos so much!! 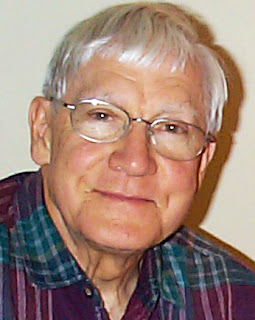 Obituary
Lloyd Evan Rasmussen, 88, passed away peacefully at the home of his son Garth Rasmussen in Henderson, Nevada on March 23, 2011. He was born on March 21, 1923 in Fairview, Utah to Wilford Woodruff Rasmussen and Matilda Winkelmann Rasmussen. After spending his childhood years in Fairview, his family moved to Provo, Utah. He attended Brigham Young High School where he was an outstanding athlete in football, basketball, and baseball.
In fact, it was at a B.Y. High vs. Provo High rivalry game where he met his future wife, Nadine Farr. Lloyd was 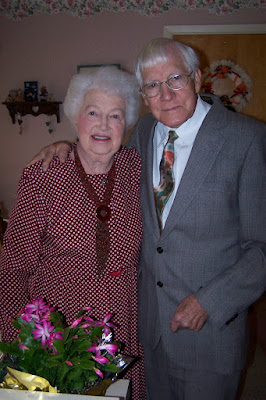 playing basketball for B.Y. High and Nadine was a cheerleader for Provo High. Lloyd was dribbling down the sideline when Nadine accidentally tripped him. As they both tell it, that’s where he first fell for her, and they’ve been in love ever since. They married in the Salt Lake L.D.S. Temple on September 23, 1943. He served in the Army and was stationed overseas during World War II. He graduated from LDS Business College in Salt Lake City and then worked as an accountant for the U.S. Steel Geneva Plant until his retirement.
Always active in the LDS Church, he has served in a variety of positions including being a counselor in two bishoprics. During many years as a scoutmaster and a baseball coach, he was a positive influence in the lives of many young men. Lloyd and his wife Nadine served in the London England South Mission and have also served as Temple Workers in the Provo LDS Temple.

Lloyd and Nadine have four children: Susan Green, Santa Fe, New Mexico; Meridee Williams and husband Lind, Provo, Utah; Garth L. Rasmussen and wife Kathy, Henderson, Nevada; and Shaun F. Rasmussen and wife Susan, Eldorado Hills, California. They have 18 grandchildren and 27 great-grandchildren. Lloyd is preceded in death by his parents and all of his siblings: Harold, Merlin, Elden, and Leah. He is survived by his wife Nadine.
Perhaps his most lasting legacy is his complete selflessness and tender regard for all that knew him. One could not visit their home without Lloyd inviting them to eat, and one could not eat without Lloyd coaxing them to eat more. Neighbors, family, friends, and strangers all benefited from his sharing attitude. He took a personal interest in and was a friend to everyone he met. He loved BYU sports, and he loved to fish, boat, hike, and camp. When camping, he took the time to get to know every stranger he met, and he could tell you the name, hometown, and a personal story about everyone in the campground within a couple of hours after setting up camp. His children, grandchildren, and great-grandchildren will forever remember his tender heart, the smile on his face, and the tears of gratitude in his eyes.
Funeral services will be held on Friday, April 1 at 11:00 a.m. at the Bonneville 4th Ward Chapel, 1285 East 300 South, in Provo. Family and friends may call on Thursday evening, March 31 at the Berg Mortuary, 185 East Center Street in Provo or at a viewing Friday at the church one hour prior to the funeral services. Interment will be in the Provo City Cemetery following the services. 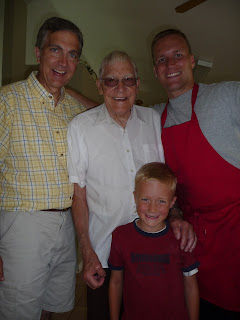 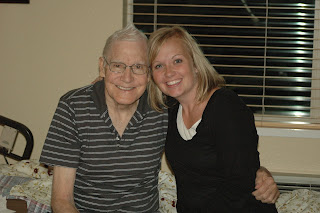 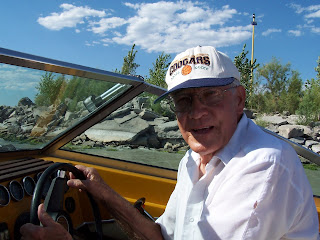 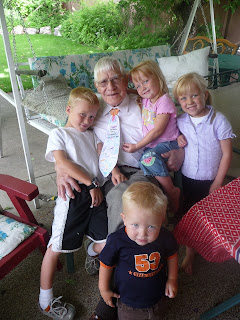