Our Weekend with Bryan and Helga!!! 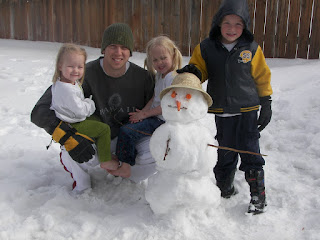 Last Weekend Bryan and Helga came and stayed with us! We had so much fun, Friday night we had so much fun just talking and talking, LeGrand and Bryan played some mean basketball in our kitchen. Saturday morning they watched the kids so LeGrand, me and Kolby could go to the World Wide Leadership Training. It was amazing, I felt lifted and inspired. It felt so good to go on a date with LeGrand. Bryan was such a cute uncle, he built a snowman with the kids and played with them. We love Bryan and Helga and I feel grateful that our kids have such amazing Aunts and Uncles. Bryan and Helga are such good examples for Brayden, Adelyn, Sophie and Kolby!! In the afternoon we went sledding. It was so fun! 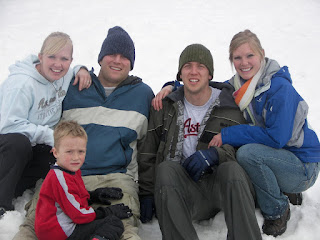 Adelyn took this picture! She is a pretty good photographer already!!

You have to check out this crash. LeGrand and Bryan had tons of fun together. It's fun to see the brothers playing together. (pause it or go in slow motion to really get the full effect of the crash!!!) 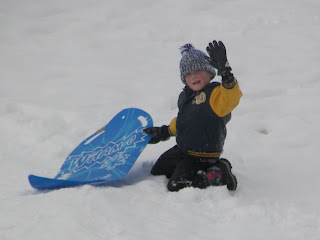 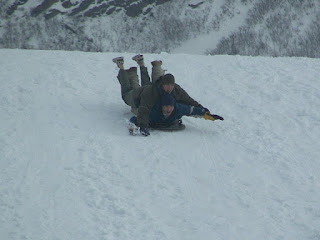 The Brothers were creative and kept trying crazy things. It was fun to watch! 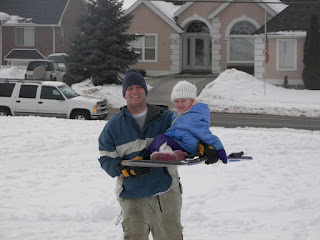 What a cute daddy!!! LeGrand takes such good care of our famliy. He always makes sure that everyone is having a ton of fun!!!! 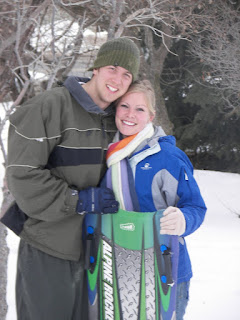 Bryan and Helga, What an adorable couple!! We love you guys!!! 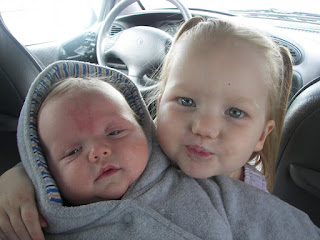 Sophie decided that she would rather stay in the car again, so she helped me take care of Kolby. She is such a good little helper and a good little mommy!!! Isn't Kolby getting bigger? Sometimes I wish he would stop growing up and changing...I want him to stay my little baby boy forever, but I do love to see him grow and change and develop too. 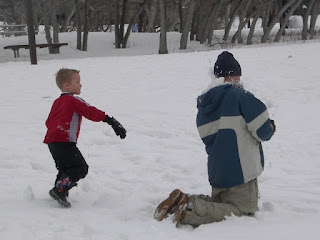 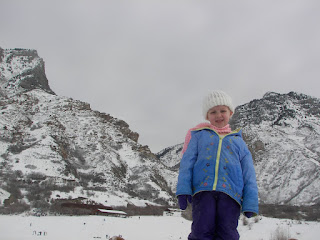 Our Sledding Princess!!! Aren't the mountians and Adelyn beautiful?!!? 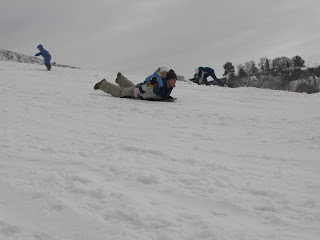 (Megan we need to go sledding again so that we can have a sledding trip that doesn't end in injury or ripped pants;) Good times!!)

I am so jealous that you have Bryan and Helga close, and they have you guys! I really miss and love you all, I wish we could all be close. Tyler and I both really look up to your family, you are great examples in all you do and at the same time are wonderfully human! We love you! Hey, how do you post video? We have a bunch on our computer but I can't figure out how to post it.

Great pictures and video! Ethan watched it in slow motion over and over again. We got a great laugh out of it and once again the phrase "For the love" has been said over and over again for the past couple of hours!! Ethan had started saying it with everything since the video! ;) It is so cute that you guys go out and do things and have fun sledding. Even with Kolby being so little. We'll have to go if we make it to Utah next winter. Kolby sure is getting big too. It is so fun to watch him grow!! Luv ya lots!

Kolby Sure is a Laing in that picture!!! So handsome and getting so big now too. My favorite was hearing "for the Love!" as well.Love you guys!