Mommy, did they put light bulbs in my head???

The Doctor..."Kolby what happened??"
Kolby..."I was just spinning around and bonked my head on the corner of our home...."
Poor Kolby....now to add to the list of injuries we can add 3 staples....poor baby!! It's a good thing he's so tough!! 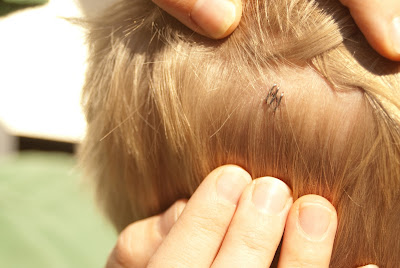 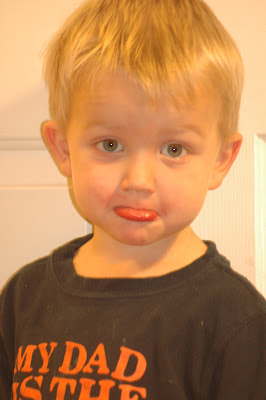 Must have been a good one, Jacob only had one staple when he got a cut on his head. His head still, after 2 years, hurts right where he got the staple.

Looks like quite an owie, but what a cute little guy!

Oh, the memories I have had with the Laing family. I was there that night and saw it happen. I bet if he hadn't had to go get staples he would have won the game we were playing.