I was able to take Brayden to the Conference Center to watch the Saturday Morning Session of General Conference this year. Since he was baptized in July this was his first opportunity to go. He was sooooo excited. It was so exciting when we found out that my Parents were coming up for Conference and had tickets to the same session that we did. It was so fun to go together! I love my family. It was an unforgettable experience for me. When President Thomas S. Monson and his Councilors walked in and we all stood up, Brayden could hardly contain his excitement!! I was very reverent and such a good listener. It was a privilege to be there with him!!! 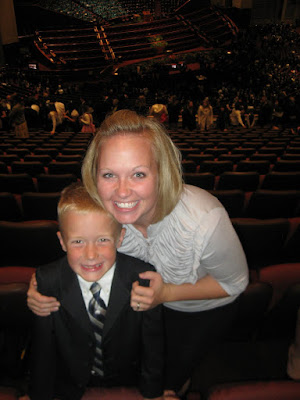 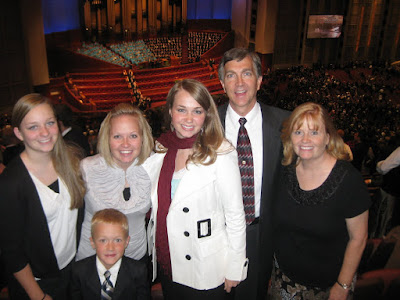 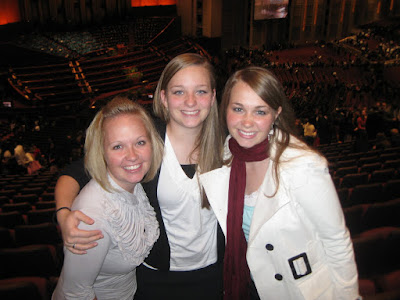 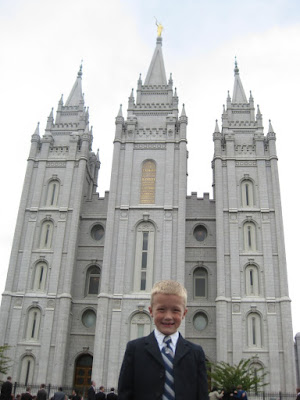 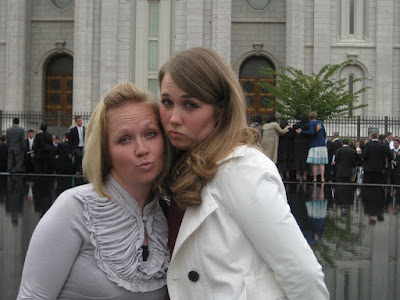 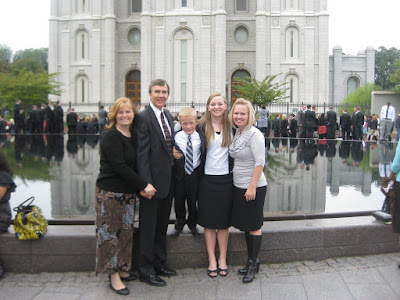 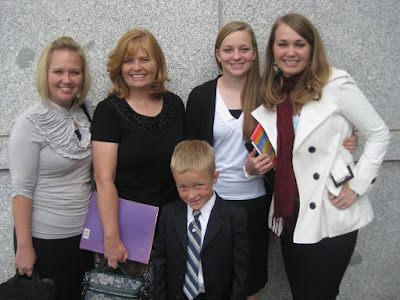 As we were walking back to the van I looked up and was overcome with a sense of Gratitude for what I saw. There was Brayden holding two of his Grandparents hands. I'm so grateful to have been able to go to Conference with Brayden and my Parents and Sisters!! I'm grateful that Brayden has Grandparents who love, teach, guide him and who show him an incredible example of how he should live his life. He's a lucky young man. 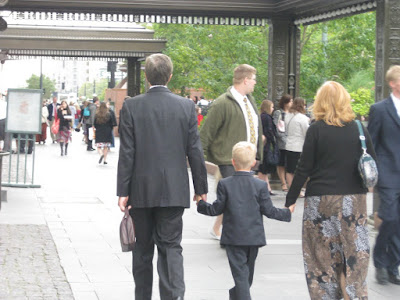 While we were still walking to the Van, my Parents were stopped and interviewed by a man from Desert News. This is what appeared in the paper the next day. Fun!! 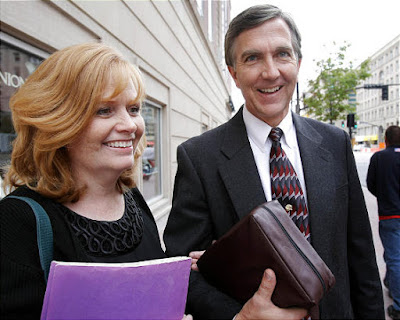 Garth Rasmussen, Henderson, Nev., who had traveled to Salt Lake City with his wife, Kathy, and a grandson who was recently baptized, making him eligible for the trip for the first time.
"What a privilege to be in the presence of and listen to a prophet of God. I grew up in Provo and we were 'not invited' so there would be room for others. I particularly appreciated Elder (David A.) Bednar's talk. He advised us to live in our homes what we profess from the pulpit."
What a wonderful Day!!
Posted by Becca at 8:35 AM